Nigerian rapper Falz created This Is Nigeria, a parody of This Is America that switched out lyrics and imagery for social ills in his country: machete-wielding gangs, codeine use, internet scammers, and much more.

Last week, a Nigerian rapper released his own version of Childish Gambino’s hit song and music video “This Is America.”

It’s called “This Is Nigeria” and was written and performed by lawyer-turned-musician Falz The Bahd Guy. Like the hugely popular Donald Glover song and video (Gambino is his stage name), the Nigerian version looks at harsh everyday realities.

Donald Glover’s ‘This Is America’ Holds Ugly Truths To Be Self-Evident
In “This Is America,” the issues include gun violence, racism and the distraction of viral entertainment and social media. Falz’s lyrics and visuals touch on some of Nigeria’s major problems: poor electricity supply, drug addiction and government corruption. The video even features veiled Muslim girls to allude to Boko Haram’s abductions of schoolgirls in the northeast.

Falz performs in pidgin English, a blend of English and local languages that is widely spoken in West Africa. The chorus says:

This is Nigeria
Never-ending recession-o
Where looters are killers and stealers are still contesting election-o.
Politician wey steals some billion and billion e no dey go prison-o.”

Released on May 25, just four days before the 19th anniversary of democracy in the West African nation, the three-minute video has been viewed on YouTube 2.9 million times. The hashtag #ThisIsNigeria has generated tens of thousands of tweets. And the song has captured the attention of the American rapper Diddy, who reposted “This Is Nigeria” on his Instagram account, where it currently has an additional 2.2 million views.

Falz, whose real name is Folarin Falana, is not new to social commentary. His music often reflects the views of his father, Femi Falana, a popular Nigerian lawyer and human rights activist. Falz’s previous songs “Child of the World,” “Confirm” and “Wehdone Sir” tackle sexual harassment, Internet fraud and the rise of wealthy megachurch pastors.

For a non-Nigerian, the scenes in the video may be a bit hard to figure out at times. Here’s a guide to some of the references and meanings:

The video begins with Falz clutching a boombox to his ear. The radio plays a clip from a speech delivered by his father, Falana, who is criticizing the Nigerian government: “… The medical facilities are poor. We operate a predatory neo-colonial capitalist system.” Falana speaks often on these issues on the radio.

The scene refers to the country’s simmering conflict between herders, many from the Fulani ethnic group, and farming communities. Since 2011, both sides have been embroiled in clashes that have claimed more than 2,000 lives, according to Brussels-based think tank the International Crisis Group.

A woman picks up wads of colorful notes on the ground as a snake emerges from a half calabash melon to eat up the money. It’s a reference to a story from February: Philomena Chieshe, a sales clerk of Nigeria’s exam board, the Joint Admission and Matriculation Board, claimed that a snake ate 36 million naira ($100,000) from her office. Falz makes a joke about this story: “Where that Madam Philomena?” he asks, “money vanish for your office, 36 mily, you say na animal.”

Drug addiction [1:10]
In the video, Falz shows a young Nigerian disembarking from a bus with a bottle of cough syrup in one hand. Last month, Nigeria’s health ministry banned cough syrup with codeine after a BBC investigation revealed the role of the syrup in Nigeria’s addiction epidemic.

Corruption [1:17]
Falz makes several references to corruption, calling out politicians who have been accused of stealing from the government. By many accounts, corruption is one of Nigeria’s biggest problems. According to a U.N. report, roughly $4.6 billion is spent on bribes in Nigeria each year. This part of the video struck a chord with Kingsley Moghalu, former deputy governor of Nigeria’s central bank and presidential aspirant, who, after quoting the lyrics, called for a “new kind of leadership.”

Falz is joined by four veiled Muslim schoolgirls, who depict the young women in Nigeria’s northeastern region where the radical group Boko Haram operates. Boko Haram militants came into the limelight in April 2014 when they kidnapped more than 270 schoolgirls from the town of Chibok.

In February, a splinter group of Boko Haram abducted 110 girls from an all-girls boarding school in the town of Dapchi in northeastern Nigeria’s Yobe state.

The girls are performing the shaku shaku dance, a street dance that became popular in Nigeria this year. A similar scene is represented in Glover’s “This Is America”: amid violence and chaos, students perform dances that have gone viral on the Internet. In Glover’s video, critics say the scene illustrates people’s tendency to get distracted by viral entertainment instead of focusing on social issues.

A young woman in a white garment is surrounded by a small group of people praying for her. In previous songs, Falz has criticized religious figures for money-making schemes. In “This is Nigeria,” Falz gets angrier: “Pastor put his hand in the breast of his member, he is pulling the demon out,” he raps. In April 2017, a Nigerian televangelist named Tim Omotoso was arrested and charged with trafficking more than 30 girls and women from various branches of his church and allegedly sexually exploiting them.

Erratic electricity [1:51]
Falz worries that there is “no electricity daily o.” Nigerians often complain about this problem.

Lazy youth [1:54]
When President Muhammadu Buhari got a chance to speak at a Commonwealth Business Forum in Westminster on April, he said “a lot of” young Nigerians “sit and do nothing” and expect everything for free, including housing, health care and education. This attracted a backlash on social media, with young Nigerians using the hashtag #LazyNigerianYouth to fire back at the president. Falz’s rap defies the president’s assessment: “people working multiple jobs and dem talk sey we lazy o.”

Internet fraud [2:14]
Falz throws a jab at Nigerian fraudsters who try to con people into sending them money via the Internet. Known as Yahoo Boys, some pretend to be beautiful women online and get into romantic relationships in order to con people into sending money; others use malware to control systems and compromise emails. The stereotypical Yahoo Boy drives a fast car and flaunts his wealth.

The Nigerian pop star has been vocal about his dislike for society’s acceptance of ill-gotten wealth. In the song, he criticizes society for acting like these fraudulent schemes are “so cool.”

In this scene, officers from the Special Anti-Robbery Squad (SARS), a unit of the Nigerian police, arrest three university students only to free one of them upon receiving a bribe from his wealthy father. Two SARS officers hit and kick one of the students.

According to a report from Amnesty International in 2016, SARS has been cited for accepting bribes as well as engaging in extortion, torture and degrading treatment of detainees in their custody. In December 2017, using the hashtag #EndSARS on social media, Nigerians strongly called for an end to the brutality meted out by SARS. In response, the Inspector General of Police Ibrahim Idris ordered an investigation of the anti-robbery squad.

This scene is a parody of a popular video from mid-May in which police chief Idris delivered a speech but ended up saying the word “transmission” over and over, rendering his talk nonsensical.

Post Views: 4,096
Tagged as Falz Nigeria This is America This is Nigeria 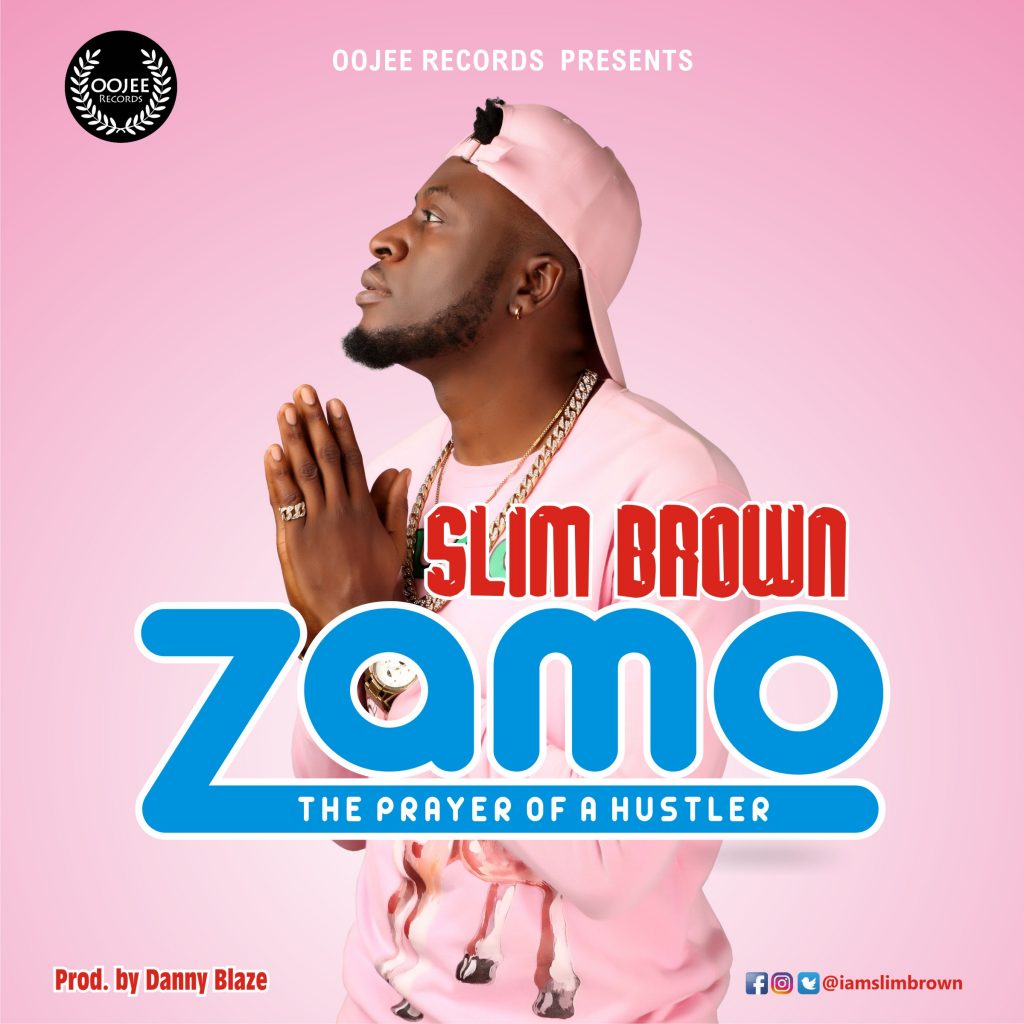 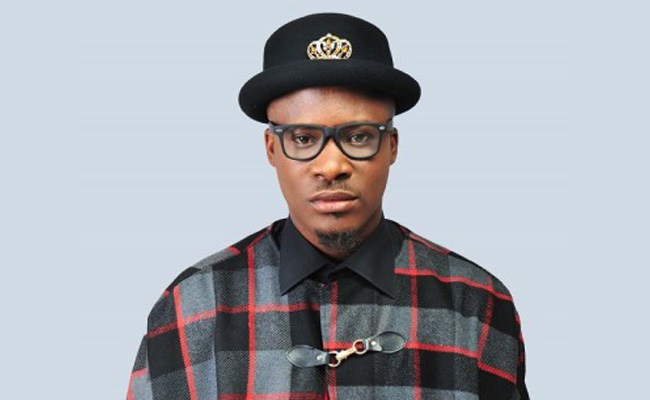