Innocent Ujah Idibia (born in Jos, Plateau State, Nigeria), better known by his stage name 2face Idibia, is a Nigerian singer-songwriter, record producer, and entrepreneur. He officially discontinued the use of the name Tuface and selected Tu-baba as his stage name. He is one of the most decorated and successful Afro-pop artists in Africa. He is also one of the most bankable artists in Africa.

Innocent Idibia was born in Jos, Nigeria. He is from the Idoma ethnic group in the southern part of Benue State, in central Nigeria. He attended Saint Gabriel’s Secondary School in Makurdi, Benue State. He enrolled at Institute of Management & Technology, Enugu (IMT), where he did his preliminary National Diploma course in business administration and management. While attending IMT, he performed at school organized shows and parties, as well as other regional schools such as the University of Nigeria and Enugu State University of Science & Technology. He eventually dropped out to pursue his music career. While attending IMT, 2face Idibia started composing and singing jingles at the GB Fan Club at Enugu State Broadcasting Services (ESBS) in 1996.

Also in 1996, he adopted the stage name “2Face” (Tuface). He cited the reason as “trying to demarcate my personal life with my business life.

He moved to Lagos and started performing with rapper BlackFace Naija. He had met BlackFace while attending IMT. With Blackface (Ahmedu Augustine Obiabo) and with musician Faze (Chibuzor Oji), he went on to form the trio band Plantashun Boyz.

Plantashun Boyz released two successful albums: Body and Soul (2000) and Sold Out (2003)under the Nelson Brown’s owned Label (Dove Records) before disbanding in 2004. Relations were marred for many years during which the band broke up and started their solo careers. Long after the break-up known as the “Faze vs Tuface” beef, the band came back together in 2007 for the purpose of recording a third and final album entitled Plan B (2007).

After the disbandment of Plantashun Boyz in 2004, all band members sought separate musical careers. 2face Idibia released his debut solo album Face 2 Face (2004), which established him as a viable solo artist.

Following the release of his debut album, he released his second album Grass 2 Grace in 2006, which contained hits “One Love”, “True Love, “4 Instance”. He is the founder of Hypertek Entertainment.

In 2006, his song “African Queen” was used in the soundtrack for the film Phat Girlz, which was released internationally.

He released a promotion album in 2008 called The Unstoppable releasing the single “Enter the Place”. Problems with album distribution in 2007 caused as a shift of the release date of the album from 2008 to early 2009. In 2010, 2face released an “international edition” of the same under the title The Unstoppable International Edition making him the first Nigerian artist to have an appropriately priced international album. 2face released two more singles from the international version of his Unstoppable album. The international edition of the album won two awards at the 2010 SoundCity Music Video Awards. He also won the Channel O Music Video Awards Best African Western award and the MTV Africa Music Awards for Best Male and Artist of the year.

Upon leaving the music label Kennis Music, he set up his own record label known as Hypertek Entertainment. He is part of the Sony All African One8 Project alongside seven other musicians across Africa recording a single with R. Kelly and Prince Lee titled “Hands Across the World”. He is the first non-Liberian to become an honorary member of the Liberian music society in recognition for his outstanding contribution to the growth of music in Africa. He has been named Red cross ambassador society of Nigeria. 2face has several collaborations all over the globe, giving his collaborators the opportunity to win an award for each duet such as street credibility by 9ice, possibility by p-square and lots more. He is adored by his colleagues and every entertainer in Nigeria music industry as a role model. 2face and heavyweight American Rapper Jay Z met in NYC in 2014.

2face Idibia has also been an ambassador for quite a number of brands including Guinness, Nigerian Breweries e.t.c He is also the brand ambassador for National Agency for Food and Drug Administration and Control.

The FORTYfied All-Star Tribute Concert, stylized as #FORTYfied, was an all-star tribute concert organized by 2face Idibia to celebrate his 40th birthday and influence in the music of Nigeria. Hosted by Basketmouth, the STAR Lager Beer-sponsored concert was held on 20 September 2015 at the Eko Hotel and Suites Convention Centre. The concert was attended by dignitaries and featured performances from notable musicians including Wizkid, Burna Boy, Timaya, D’banj, Sound Sultan, Patoranking, Vector tha Viper, Wande Coal and Seyi Shay.

2Face has experienced near-death events, including gunshots from an armed robbery.

On 2 May 2012, 2Face Idibia and Annie Macaulay married in Lagos, Nigeria in a private ceremony. 2face announced his marriage via his Twitter page. Annie Macaulay and 2Face had their traditional wedding on 8 March 2013 in Eket, Akwa-Ibom State Nigeria. The couple also had a white wedding in Dubai, on Saturday 23 March 2013 with Nigerian and Ghanaian celebrities all present to see the long-term couple tie the knot.

His wife, Annie Idibia, August 17, 2015, announced that she has opened a beauty salon in Atlanta called BeOlive Hair Studio.

2Face has established an NGO called 2Face Idibia Reach-Out Foundation. which motto is service to humanity. In 2009, 2Face was appointed as ambassador by National Agency for Food and Drug Administration and Control. He released a song “Man Unkind” to raise awareness on the menace of fake and sub-standard food and drug products in Nigeria. In 2009, he was presented with the prestigious International Youth Ambassador for Peace Summit and the Nigeria Youth Merit Award by the National Youth Council of Nigeria in recognition of his contributions to youth development in Nigeria. 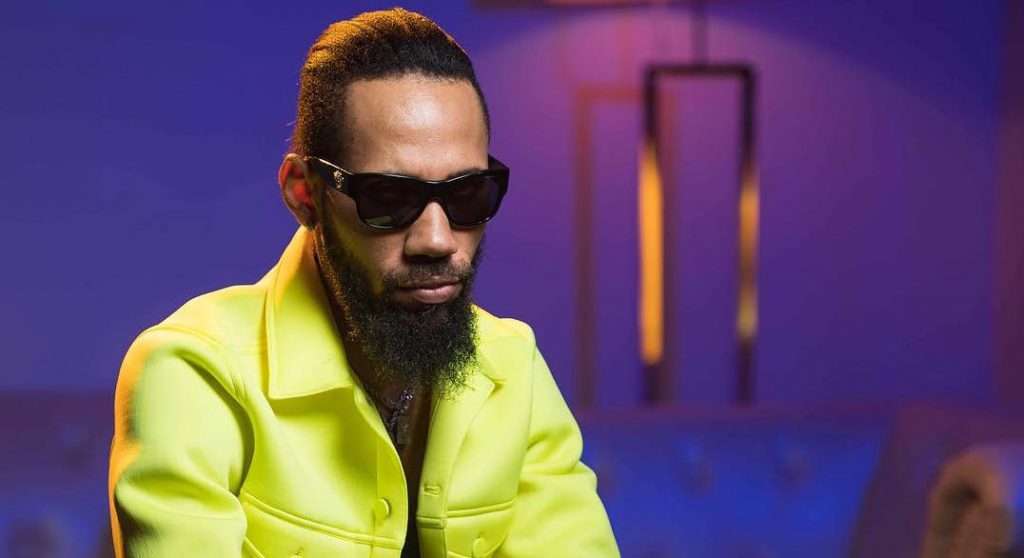