Runtown, is a Nigerian singer, songwriter, and producer with a diverse musical style mix of hip-hop, R&B, reggae and rap.

Runtown grew up in Abuja and Lagos. He moved to Enugu in 2002. He stayed there till 2008 and met Phyno in 2007. They later moved to Lagos to hustle harder in the business of music.

When he moved to Lagos, he was leaving with J Martins. He was also featured in some of his songs. They worked together for a long time and later met Timaya through J Martins.

According to him, he revealed he was never in the choir while he was in the seminary school. He further revealed that whenever it was choir rehearsal he would run into hiding. He was a complete academic student. He was always reading. And it surprised a lot of his friends why he finally chose music as a career.

In 2014, Runtown has several chart topping songs which include his monster hit collaboration with Davido on the song titled ‘Gallardo’, ‘Succesfull’ and his latest effort ‘Baby AnswPrior the release of Gallardo, Runtown has kept his hustle going as an underground artiste working with top notch acts, he featured on J Martins second album on the 5th track titled “Tonight”, and he went on to drop his very first sing ‘Party Like It’s 1980’ (Kinorbor) in 2010, the song was popular but the artiste didn’t get known. Determined to make an impact, Runtown kept on recording new songs.

Runtown was featured on WizzyPro’s “Emergency” song which also featured Skales and Patoranking. The song was produced by WizzyPro and had The video for “Emergency” directed by Patrick Elis.

He has the following achievements so far: 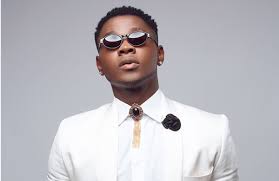