Michael Owusu Addo, known by his stage name Sarkodie, is a Ghanaian hip-hop and hiplife recording artist from Tema. He won the Best International Act: Africa category at the 2012 BET Awards, and was nominated in the same category at the 2014 BET Awards. In 2015, Sarkodie was ranked the 19th most Influential Ghanaian by e-TV Ghana. He is considered one of the major proponents of the Azonto genre and dance.

Sarkodie, the fourth of five children, was born and raised in Tema to his mother Emma Maame Aggrey, a single parent. Sarkodie started rapping at a very young age and continued throughout his educational career. He earned a degree in Graphic Design from IPMC.

Sarkodie began his instrumental career as an underground rapper; he appeared on Adom FM’s popular rap competition Kasahare Level. It was through rap battles that he met his former manager Duncan Williams of Duncwills Entertainment. He also met musicians Edem and Castro who introduced him to Hammer of The Last Two, an established record producer. Hammer decided to feature Sarkodie on two songs off the Volta Regime album after being impressed by his rap flows. After this exposure, Sarkodie recorded his debut album Makye. His first single “Baby”, featuring Mugeez of the duo group R2Bees, became an instant hit and made Sarkodie a household name within the Ghanaian music industry.

After battling rappers from the popular rap competition, Kasahare Level, Sarkodie signed a record deal with Duncwills Entertainment. He released his 2009 debut album Makye, with production from Killbeatz and Jayso as well as guest appearances from Kwaw Kese, J-Town, Sway and Paedae of R2Bees. The album received positive reviews from critics and fans. It was launched at the Accra Mall; in addition, a follow-up concert was held at Holy City Gardens in Accra. In 2010, Sarkodie’s “Push” and “Baby” songs were ranked ninth and thirteenth on Joy Fm’s Top 50 songs of 2009, respectively.

In 2011, Sarkodie released “Good Bye”, “One Time For Your Mind”, “You Go Kill Me”, “Living Legend”, and “Onyame Nhyira” as lead singles off the Rapperholic album. “You Go kill Me”, which features EL, was well-received throughout Ghana. Sulley Muntari, Castro, Deborah Owusu-Bonsu, X.O Senovoe, DJ Mensah and Funny Face made cameo appearances in the video.

In 2012, Sarkodie launched the Rapperholic album which received positive reviews from music critics. The album features guest appearances from Efya, Chidynma, Mugeez of R2Bees, Obrafour, Jayso, EL and others. Sarkodie went on a nationwide tour to support the album. The Rapperholic album earned Sarkodie his first BET nomination and subsequent win. Sarkodie was also featured on the BET Hip Hop Awards cypher alongside Talib Kweli, Jean Grae and Ab-Soul. He was the only African act featured on the cypher.

On October 30, 2013, Sarkodie released the official remix for his 2011 hit track “You Go Kill Me” which peaked at number 1 on various charts in Ghana. The remix features Wizkid, Ice Prince, Navio and EL.

On December 21, 2013, a concert was put together to launch the Sarkology album which was released on January 2, 2014. The launch was held at the Accra Sports Stadium. The album features guest appearances from Fuse ODG, AKA, Davido, Tiwa Savage, Banky W, 2 Face Idibia, Joey B and Efya, among others.

After releasing the Sarkology album, Sarkodie released the official remix for “Adonai”. The remix became an instant hit across Africa, and was featured in BBC’s Capital Xtra Top 35 Afrobeats Songs.

Sarkodie launched his own record label, Sarkcess Music, in 2014. As part of the launch, he premiered the video for “Adonai” remix and “Special Someone” which features Castro and AKA, respectively. Sarkodie also released the songs “Megye Wo Girl”, “Love Rocks”, “Chingum”, “Whine Fi Me” under the label.

On December 30, 2014, Sarkodie announced the release of his fourth album titled Mary. The album is named after his late grandmother who died in 2012. The live recorded album is set to drop on September 12, 2015. On July 10, 2015, Sarkodie released the first single off the Mary mewu which featured Akwaboah. On September 12, 2015, an autograph session was held at WestHills mall which is the biggest mall in West Africa. Sarkodie sold almost 4,000 copies on the first day of release.

Sarkodie often raps in his native language Twi, and is considered a “multifaceted rapper” due to the various musical styles he possesses. He was ranked 8th on Forbes and Channel O’s 2013 list of the Top 10 Richest/Bankable African Artistes. Sarkodie has had the privilege of performing on the same stage with international musicians such as T-Pain, Miguel, Movado, Trey Songz,and Ludacris. He has a large fan base in Africa, and is considered one of the most celebrated musical icons to hail from Ghana.

On July 13, 2013, Sarkodie launched The Sarkodie Foundation which is tasked with the mission of supporting underprivileged children. He made generous donations to the Royal Seed Home Orphanage in Kasoa. Sarkodie presented to the orphanage items worth thousands of Ghanaian cedis.

On December 25, 2014, The Sarkodie Foundation embarked on a feeddakids campaign in Tema, where they provided thousands of kids with eight sacks of rice, yogurt and beverage cans. They also gave away school bags, water bottles, hats and other items. The CEO of Tigo Telecommunications Ghana, Mrs. Roshi Motman, was also in attendance to support the campaign.

Sarkodie has also established himself as a successful entrepreneur. He owns “Sark by Yas clothing line”, which was launched on April 27, 2013. The clothing line has accessories for men, women, and children. In 2012, he was officially unveiled as the Brand Ambassador for Samsung Electronics at the University of Ghana, Legon. As part of the event, Samsung unveiled the Samsung Galaxy Pocket and Chief Hero Phones that had customized wallpapers of Sarkodie and his signature; users had the opportunity to download exclusive tracks of Sarkodie. Sarkodie also launched the Obidi Chief headphones. In 2013, he signed an endorsement deal with FanMilk Ghana. Sarkodie is currently in partnership with Tigo Telecommunications Ghana, a brand that sponsored the 2013 Rapperholic tour.

Sarkodie is the first Ghanaian to win the BET Awards for Best International Act Africa in 2012 and has was nominated in 2014 and 2015. In 2010, he received many awards and nominations ranging from “Artist of the Year” to “Album of the Year”. His sophomore album, Rapperholic, was the recipient of 3 Ghana Music Awards from 12 nominations. 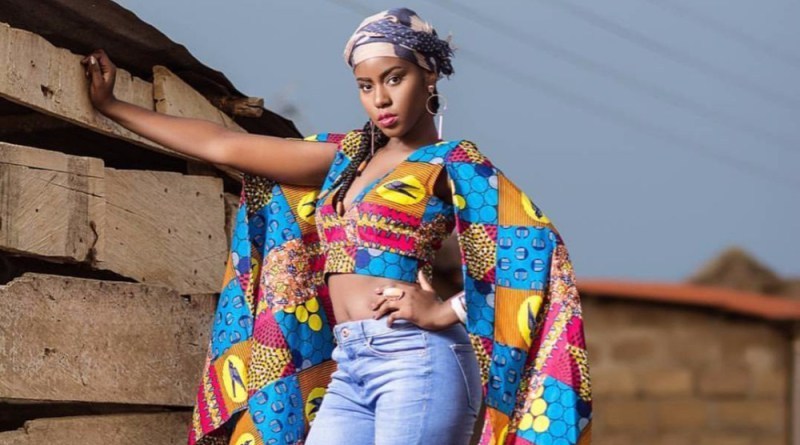